The rutabaga – long thought to be the result of a cabbage getting frisky with a turnip – has a new origin story.

In a new study out in Nature Communications, an international team of scientists led by researchers from the University of Missouri upend the root vegetable’s humble origins by calling into question the two plants long-thought to be the progenitors of Brassica napus, the species that includes rutabaga, canola, and Siberian kale. The revised genetic history also points the way to genes that may lead to crops with enhanced traits or potential food sources.

B. napus has one of the most complex genomes among flowering plants. It is thought to have formed thousands of years ago when two plant species—Brassica rapa and Brassica oleracea—hybridized in the wild and then underwent a genome duplication event. Plants in the B. rapa family include turnips, cabbages, and oilseed, while B. oleracea includes cauliflower, cabbage, broccoli, kale and other cruciferous vegetables. Rutabaga, canola, and Siberian kale are thought to have originated independently by crosses between differing B. rapa and B. oleracea lineages.

Our study suggests that is not what happened at all,” said corresponding author J. Chris Pires, a professor of biological sciences with the Christopher S. Bond Life Sciences Center at the University of Missouri. “To our surprise, we found a much more complex and complicated family story. 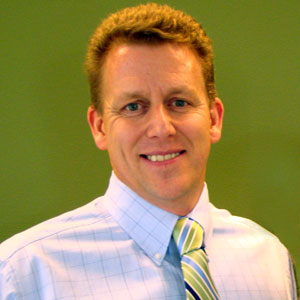 B. napus is best known as canola or rapeseed. Canola is cultivated for its seeds, which is used to make cooking oil and protein-rich animal feed as well as biodiesel. The plant also is cultivated for its oversized root, which we know as the rutabaga or swede, as well as its leafy greens, known as Siberian kale. Scientifically, these different versions of the plant are referred to as morphotypes. 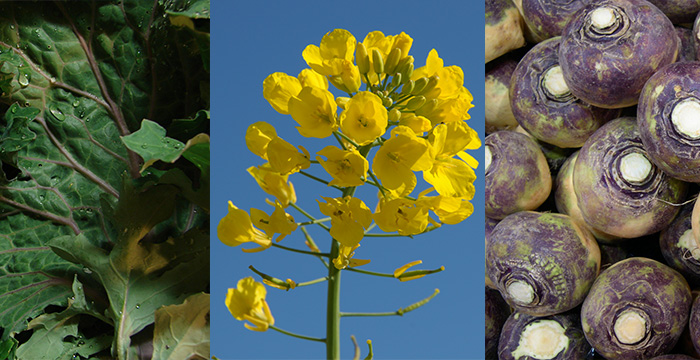 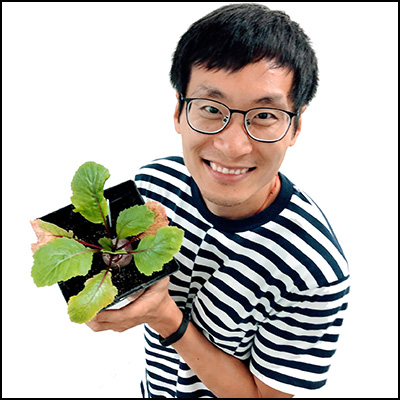 “What genes did early farmers select for that have come to form the basis of what we know today as rutabaga, Siberian kale, and canola? This is both a practical and a very intriguing scientific question, one we set out to answer by clarifying the origins and domestication of the plant’s different morphotypes,” said lead author Hong An, a postdoctoral fellow at MU.

Previous investigations of the B. napus genome and its genetic history have been based mostly on a few accessions (genotypes) of canola, the most commercially important plant, or a small fraction of the genome inherited from one parent, such as maternally-inherited chloroplast genes. To pinpoint the genes selected for during domestication, Pires and his colleagues sequenced the nuclear and chloroplast genomes from 183 accessions of B. napus, including representatives from all morphotypes, as well as 174 accessions of potential progenitors. They identified over 370,000 small variations in the genetic code, which they used to determine how the diverse accessions are related to one other as well as to B. rapa and B. oleracea.

The resulting family tree shows that rutabaga, canola, and Siberian kale do not have separate origins. It also shows that all B. napus accessions are sister to all morphotypes of B. oleracea and all morphotypes of B. rapa, the proposed progenitors, which suggests that B. napus comes from either an early form or an extinct ancestor. They also found a lot of genome mixing among rutabaga, canola, and Siberian kale as well as with the presumed parental species. Taken together, the results suggest a much more complex and conflicting genetic history than previously assumed, an outcome that surprised the researchers.

“We didn’t go into this study with the goal of challenging the independent origins story or the parentage of B. napus, but rather to identify the genes selected for by early farmers,” said Pires. “We were completely surprised that we couldn’t confirm the proposed origin stories.”

The analysis yielded several candidate genes or regions of the genome that went through selective sweeps that may underlie vernalization in spring canola, leaf shape in Siberian kale, and root tuber-formation in rutabaga. These genes may be good news for breeders and consumers, as they may someday lead to cultivars with enhanced traits or intriguing new “superfoods” akin to the broccoflower, kalettes, or broccolini.

According to the authors, canola, rutabaga, and Siberian kale are cultivated worldwide and have a collective annual production value of 41 billion in U.S. dollars.

“Practically speaking, understanding the origin and diversification of B. napus is important for germplasm preservation and breeders,” said An.

Funding for the study was provided by a grant from the National Science Foundation (IOS-1339156) and the Fundamental Research Funds for the Central Universities (2662016PY063). 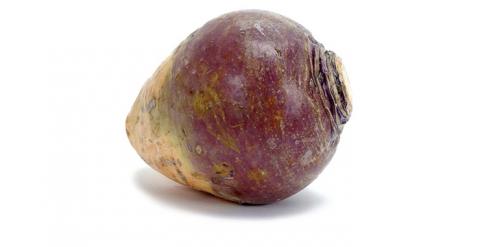