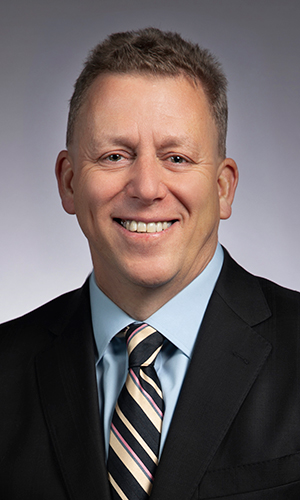 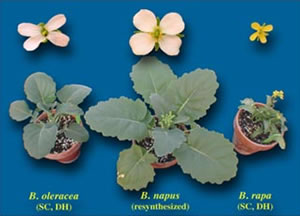 Research in our lab broadly encompasses plant evolutionary biology—from phylogenetic studies in plant diversity to genome-wide analyses of gene expression. Current investigations are directed at molecular systematics and comparative genomics (phylogenomics), with a particular focus on the evolution and ecology of polyploid plants. Polyploidy, the process of genome doubling that gives rise to organisms with multiple sets of chromosomes is a major evolutionary force in both plants and animals. More than 70% of flowering plants have had at least one polyploid event in their lineage. Many important crop plants—such as alfalfa, cotton, potato, and wheat—are obvious polyploids while others—such as maize, soybean, and cabbage—retain the vestiges of ancient polyploid events. My leading conceptual questions pertain to the consequences of genome doubling, such as deciphering the mechanisms that give rise to novel morphological or ecological features found in polyploids. Understanding the pattern of how such novelty might arise requires an understanding of the evolutionary history of polyploid plants and their diploid relatives. We have two ongoing research projects that synthesize evolutionary and genomic approaches:

Polyploidy and phenotypic evolution in Brassica. The genus Brassica (cabbage, broccoli, cauliflower, canola) is a fascinating model for plant domestication because of its spectacular variation in vegetative forms and dynamic chromosomal behavior. Using a phylogenetically informed approach, we are dissecting the reticulate evolutionary history of Brassica. In addition to looking at natural polyploids, we are studying synthetic polyploids to understand the mechanisms that can give rise to novel phenotypes. Recently, we found that resynthesized Brassica napus allopolyploids rapidly evolved heritable differences in flowering time by chromosomal rearrangements. We are following up on this experiment by “replaying the evolutionary tape” to find out if 50 resynthesized polyploid Brassica lines are similar to each other and to natural polyploids. To date, it appears that chromosomal rearrangements and epigenetic events may play a major and previously unsuspected role in the generation of new phenotypes in polyploids. Witnessing the interplay between immediate epigenetic changes and long-term functional gene divergence should provide data to advance our theoretical understanding of the relationship between genome duplication and gene expression. Integrating phylogenetic and genomic approaches will allow us to investigate the dynamics of polyploid evolution.

Phylogeny and chromosomal evolution in the Asparagales. We have completed large-scale phylogenetic analyses of the monocot order Asparagales (onions, asparagus, irises, orchids). This work has integrated classical and modern approaches to plant systematics, and based on morphological and molecular data we have discovered surprising phylogenetic results. These discoveries have led to a revised taxonomic classification of the monocots and give us new hypotheses for examining the morphological diversity, historical biogeography, and wide range of genome size and chromosome number of the monocots. To further address these issues, we are utilizing resources being developed for model crop species (e.g., allium, asparagus) to analyze genomes in related organisms (e.g., Agave, Brodiaea, irises, orchids). Such studies will synergistically examine the evolution of nuclear genes and chromosomes across the Asparagales and the monocots. Unraveling the complex relationships between genotype and phenotype is one of the most intriguing challenges in evolutionary biology and confronting these questions requires the synthesis of diverse approaches to the study of plant evolution.

Fellow, American Association for the Advancement of Science 2017

See Google Scholar for a list of Dr. Pires' publications.