Paula McSteen has been elected a Fellow of the American Association for the Advancement of Science.

McSteen is a professor in the Division of Biological Sciences and an investigator in the Christopher S. Bond Life Sciences Center.

Election as a AAAS Fellow is an honor bestowed upon AAAS members by their peers. This year AAAS named 489 new Fellows in recognition of their extraordinary achievements in advancing science.

McSteen was recognized for her “distinguished contributions to the field of plant genetics, particularly the role of the hormone, auxin, in maize reproductive development.” The hormone auxin regulates nearly all aspects of plant growth and development, from stem growth and flower formation to root patterning and stress response. McSteen’s research is focused on the role auxin plays in governing the genes that control the development of the tassel and ear in corn, a crop that is a mainstay of the global food supply. Standing out among McSteen’s contributions are the cloning of genes involved in auxin biosynthesis and transport and the discovery that auxin is synthesized in a two-step process from a common amino acid. More recently, her lab identified a gene called barren stalk2 which functions downstream of auxin to give rise to ears. She is currently leading a team of U.S. researchers on a federally funded project to identify the auxin-regulated molecular networks in corn and characterize the roles these networks play in the growth and development in the tassel and ear, the most crucial organs for yield. McSteen is the recipient of a L. Stadler Mid-Career Excellence in Maize Genetics Award from the Maize Genetics Executive Committee.

McSteen also has a distinguished record of excellence as a mentor and is a fervent supporter and advocate of undergraduate research. In 2019, MU’s Office of Undergraduate Research lauded her contributions by naming her Research Mentor of the Year.

The AAAS Fellows will be announced in the AAAS News & Notes section of the journal Science on Nov. 27. In addition, new Fellows will be honored during a virtual induction ceremony on February 13, 2021, following the AAAS Annual Meeting. The Fellows will be presented with an official certificate and the AAAS Fellows’ gold and blue rosette pin, the colors of which represent the fields of science and engineering respectively. 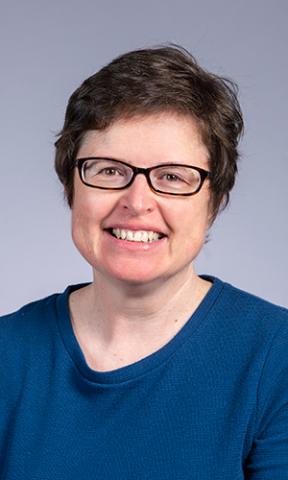