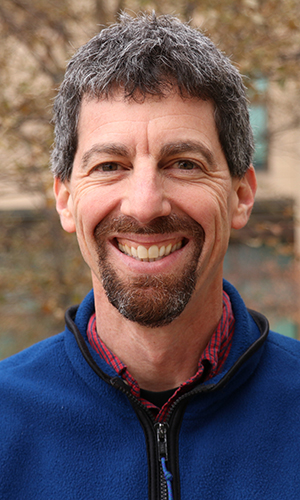 My lab is interested in the genetic control of carbon partitioning in maize. To characterize genes functioning in this process we have identified mutants that hyperaccumulate starch and soluble sugars in their leaves. Initially, we have focused our attention on mutants that produce variegated leaves as we hypothesize that these may be defective in sensing or signaling the build up of carbohydrates in the tissue. The best characterized is tie-dyed1 (tdy1) which develops leaf regions containing approximately ten-fold higher levels of carbohydrates compared to wild type. Cloning the gene determined that it encodes a novel protein expressed in the phloem. From our phenotypic and molecular expression studies, we propose that TDY1 acts as a sugar flux or an osmotic stress sensor to up-regulate sugar export into the veins, possibly through controlling sucrose transporters. Intriguingly, in response to the elevated sugar levels, the ultrastructure of the cell wall is altered, which we determined is associated with increased cellulose deposition. Ongoing research focuses on determining the function of TDY1, determining the biological functions of all maize and sorghum sucrose transporters, characterizing additional carbon hyperaccumulation mutants, and investigating the utility of manipulating the flux of carbon to the cell wall for biofuels production.

Fellow, American Association for the Advancement of Science, 2018

See Google Scholar for a list of Dr. Braun's publications.