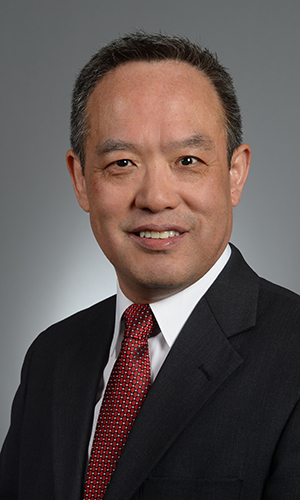 The human brain is noted for its highly complex structures and diverse functions, ranging from sensory perception to creativity. Extensive synaptic connectivity among neurons forms various neural circuits, which are thought to be key to the brain’s power. Malfunction of synapses or degeneration of circuits, however, is often the first sign of nervous system disorders.

My laboratory uses the fruit fly (Drosophila melanogaster) as a genetic organism to study the basic as well as the clinical aspects of the brain. At basic levels, we study the cellular and molecular mechanisms by which synapses form, develop, and function. The general strategy that we employ is to derive the in vivo role of a gene based on phenotypic analysis of mutant flies. Besides molecular genetics, we also use cell biology, electrophysiology and biochemistry to examine the function of the gene product and its signaling pathways.

In addition, we use cutting-edge molecular genetic tools developed in my lab or elsewhere to map neural circuits underlying behaviors, with a goal to understand the neural substrate of behavior or misbehavior. A major focus in the lab now is to understand the contributions of glial cells (the other brain cells besides neurons) in neuronal circuitry formation and function.

To apply our skills and knowledge to understanding human diseases, we also use fruit flies to model neurological disorders, including Alzheimer’s, ALS, and Fragile-X syndrome. These studies have been valuable because the basic logics of brain structure and function and the biochemical pathways are relatively conserved from flies to humans.

Finally, my lab is interested in extending our genetic studies of the nervous system to a mammalian model organism (such as mouse). We believe this approach will further the understanding of shared mechanisms of neural development or diseases and facilitate therapeutic strategies for disease treatment.