The Division of Biological Sciences congratulates Dr. Candi Galen on being named a Distinguished Fellow of the Botanical Society of America.

The distinction is the highest honor the society bestows upon its members. It is awarded to members who have demonstrated excellence in basic research, education, public policy, or who have provided exceptional service to the professional botanical community, or a combination of these categories.

Galen, a professor emerita of biological sciences, is an evolutionary ecologist recognized for her research on the ecological dynamics of species interactions. Most of her research has involved long-term experimental field studies that explore variation in life history traits and reproductive characters in alpine plants. Her studies include an over forty-year study of floral evolution in alpine skypilots (Polemonium viscosum). Her finding that bumblebee pollinators exert strong directional selection on the floral traits of this plant species is considered a classic in the field of evolutionary biology. Her research also has documented a long-term decline in alpine flowering due to warming temperatures and a concomitant shortening of bumblebee tongues in response.  Galen has authored/coauthored over 90 articles in top scientific journals and has served as the associate editor of Oecologia journal for many years. She was elected a Fellow of the American Association for the Advancement of Science in recognition of her scientific contributions.

In addition to her record in basic plant research, Galen has an exceptional record of science outreach and public policy. She designed and led two successful programs (UMEB: Ecologist Doctors for the 21st Century and Show Me Nature GK-12) that brought scientific research directly into elementary school classrooms in the Columbia community for over a decade. She also launched  “BGREEN for CoMO,” an environmental education network that gave elementary students the opportunity to initiate their own research. Her multi-state citizen science project that used tiny microphones to monitor the flight behaviors of foraging bees during the total solar eclipse on 21 August 2017 included hundreds of school children, receiving widespread attention. Galen also has been instrumental in preserving and protecting the biota of Pennsylvania Mountain through a partnership with the Mountain Area Land Trust. Her educational and outreach efforts have been recognized and celebrated with many awards and honors, including the Excellence in Education Award from the American Society of Plant Biologist and UM System President’s Award for Community Engagement.

Galen received her Ph.D. in botany from the University of Texas, Austin, in 1983. She was a postdoctoral fellow at the University of Toronto and the State University of New York at Stony Brook and taught at Bowling Green State University before joining the University of Missouri in 1990. She was program director of the population biology program at the National Science Foundation from 1995 to 1996. She retired and was given the title emerita in 2019. She is currently a National Geographic Explorer developing acoustic sensor technology to monitor and conserve native bumblebees from Colorado to Patagonia.

Galen has been a member of the Botanical Society of America since 1983. 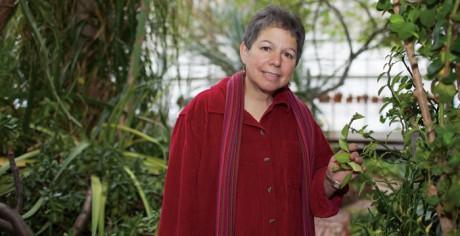