The award, established by MU’s Staff Advisory Council in 1980, honors a staff member who exemplifies Deaver’s concern for fostering good relations with students. Deaver was the associate director of the University Police Department at the time of his death in 1980 from an automobile accident.

Members of the MU Staff Advisory Council surprised Parshall with the award during a Zoom meeting of MU academic advisors on Tuesday, April 14.

“I was shocked and honored that they chose me,” said Parshall. “This award celebrates the work we do for students and that’s the number one reason I sought out this type of work: the students. I still think back to the staff and faculty who had important roles in my time as an undergraduate student, and I hope I’m half as supportive of my students as they were for me.”

The award, which consists of a plaque and $1000, will be presented during a campus ceremony at some future date.

Sophomore Payton Barry said Parshall was the first person he met when he came to Mizzou for a campus visit. He credits that meeting with Parshall for his decision to attend Mizzou. His subsequent advising interactions with Parshall informed another important choice.

“Jordan has been an excellent mentor to me, and I learn new things from her every time I walk into her office. She helped me make professional connections and is the reason that I was able to secure a job last summer,” said Barry. “The personal impact she has had on me influenced my decision to apply to become a peer advisor so I can have the opportunity to create meaningful connections with students the same way that she does. ”

As the first in her family to go to college, freshman Madison Meyer sometimes feels a little lost and not sure what to do or how to handle situations. When this happens, she said she can always count on Parshall to help her.

“With Mizzou being such a large campus, it is easy to get lost in the crowd, but Jordan does an amazing job at making me feel like I am on the right path and headed towards success,” said Meyer. “She remembers the little details about what’s going on in my life, both academically and personally. She makes me feel important. She has really made me feel like Mizzou is a home more than just a school.”

“I love that it’s clear that she expects that the student has a sense of agency. She is a resource who is willing to provide advice, guidance and support, but she shows students how they can take control of their academic careers and their own lives,” she said.

Parshall is also committed to her own growth and that of her profession.

As Smith noted, “Jordan takes seriously the profession of academic advising and her commitment to student success.”

As co-chair for the College of Arts and Science Advising Professional Expectations Committee, Parshall has been instrumental in developing a comprehensive plan for an advising portfolio as well as a partnership program that will help advisors support each other within a framework supported by the National Academic Advising Association (NACADA).

“As we move to adopt these practices, and incorporate them into expectations, training, and support for advisors, it will benefit students across the College. Jordan’s work on this committee has made it very clear she cares deeply about how students navigate through their undergraduate studies, and she has kept that objective in the forefront of her ideas and work,” said Ruth Crozier, Director of Advising for the College.

Parshall, who currently chairs the Advisors Forum, spearheaded an effort to host an Advisors Forum Poster session, highlighting the excellent work being done by advisors across campus.

“This was the first time an event like that happened on campus and it was one of the many ways Jordan has helped spotlight the role of advising on campus,” said fellow academic advisor Alex Anderson. “She has worked tirelessly to improve the undergraduate experience at MU, with student interactions and through her contributions to Advisors Forum and other campus committees.”

Parshall is the recipient of an Advising Shout Out Award and the Excellence in Advising Award from the MU Advisors Forum and a Certificate of Merit Award from the regional chapter of the National Academic Advising Association. In 2018, she one of 20 advising staff selected to participate in the UM System’s inaugural Advisor Development Program.

Parshall joined the Division as an academic advisor in 2014. Previously, she was an admissions and recruitment recruiter for MU’s Law School. She received her bachelor of arts degree in geography and her masters of education degree from MU in 2009 and 2012, respectively. 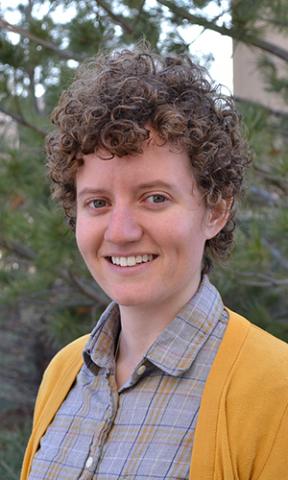