The Division of Biological Sciences congratulates Professor David Braun on being selected for the 2019 Chancellor’s Award for Outstanding Research and Creative Activity.

The award is given to a professor who has made outstanding contributions in research and has great promise for achieving wider recognition. It is one of the highest research honors bestowed by the University of Missouri campus.

Braun studies how sugar is transported in plants. Plants use energy from sunlight to turn water and carbon dioxide into energy-rich sugar. This conversion takes place inside cells in the leaves. The sugar is then loaded into the phloem, a tissue within the plant’s veins, where it is carried and distributed to the rest of the plant. The process, called whole-plant carbohydrate partitioning, is fundamental to plant growth and development but is also critical for crop yield, human nutrition, and the development of plant-based biofuels.

Using a combination of genetic approaches and molecular biology techniques and working in both corn and sorghum, Braun has identified many genes that play a role in the export of sugar out of the leaves and has determined the biological functions of other genes involved in phloem loading. Among his discoveries are the genes responsible for sugar accumulation in sweet sorghum stems, thus shedding light on the molecular mechanisms that differentiate sweet sorghum from grain sorghum. His research also has yielded new methods for the plant genetics community, including a novel radioactive tracer that allows scientists to visually track sucrose as it moves into and through the plant’s veins.

“Exactly how the sucrose gets into and out of the phloem has been poorly understood, in part because it is challenging to study. David has stepped into this research area and made one discovery after another, effectively re-writing the textbooks and highlighting new and unexpected aspects of biology and targets for agriculture improvement,” said Elizabeth Kellogg, who is the Robert E. King Distinguished Investigator at the Donald Danforth Plant Science Center in St. Louis.

Braun earned his Ph.D. in biological sciences from the University of Missouri in 1997. Following a prestigious NIH postdoctoral fellowship at the University of California-Berkeley, he joined the faculty at Pennsylvania State University, where he was tenured and promoted to associate professor. In 2010, he moved his lab back to MU, where he joined the faculty in the Division of Biological Sciences and was promoted to full professor in 2017. Braun has been an integral member of the plant science community on campus, as a member of the Interdisciplinary Plant Group and as director of the Missouri Maize Center and the MU Plant Growth Facilities.

“David is a homegrown super star,” said fellow maize geneticist James Birchler, Curators’ Distinguished Professor of Biological Sciences. “It was at MU that David gained his expertise in both biochemistry and maize genetics, which he has used to define his research career. It was also at MU that he established his internationally recognized research program on the genetic and genomic regulation of carbon partitioning in plants.” 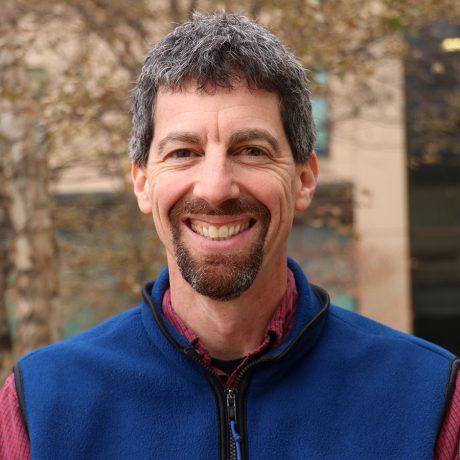