The Maize Genetics Executive Committee has announced that University of Missouri Professor James Birchler will receive the 2020 Barbara McClintock Prize for Plant Genetics and Genome Studies.

The announcement was made in St. Louis, MO, on March 15 during the 61st annual Maize Genetics Conference.

Barbara McClintock is recognized as one of the greatest geneticists of the 20th century. In 1983, she became the first woman to win a solo Nobel Prize in Physiology or Medicine for discovering genetic transposition, or so-called “jumping genes” that move from one chromosome to another. The Barbara McClintock Prize for Plant Genetics and Genome Studies was established by the Maize Genetics Executive Committee to memorialize her contributions by honoring the discoveries of the world’s leading plant geneticists. 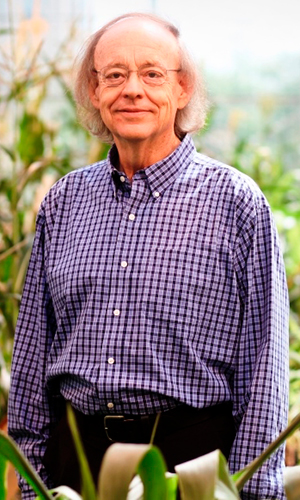 “I am humbled by this recognition,” said Birchler, who is a Curators’ Professor of Biological Sciences in the College of Arts and Science. “It is especially humbling to be associated with Dr. McClintock’s name because I have studied her work for all of my career, and I am still learning from it.”

Birchler is recognized for his studies of gene expression at the gene and chromosome levels in both corn and fruit flies. His research has been at the forefront of understanding how dosage, or copies, of genes work together and sometimes fail. A common example of a change in gene dosage in humans is Down syndrome. Together with Reiner Veitia (University of Paris), Birchler proposed the Gene Balance Hypothesis, which posits selection on proteins involved in regulation in response to changes in dosage. In other work, his lab developed the first synthetic chromosomes in plants as well as a method for microscopically visualizing plant chromosomes, two inventions that have had broad scientific and industrial applications. Of particular relevance to this award, his research has provided novel insights into several of Dr. McClintock’s discoveries, including the breakage-fusion-bridge cycle, a phenomenon that can occur during cell division that leads to chromosomal instability.

“Jim Birchler’s work on chromosome structure and function has revolutionized our understanding of gene regulation and its effect on phenotypes, including hybrid vigor, and genome evolution. This recognition is especially significant given the beautiful intersection of his work with that of Barbara McClintock herself. He is an exceptionally worthy recipient of this award,” said Natalia de Leon, a professor and an H.I. Romnes Faculty Fellow in the Department of Agronomy at the University of Wisconsin and a member of the committee that selected Birchler for the prize.

The award and medal will be conferred during a ceremony at the 2020 Annual Maize Genetics Conference in Hawaii.

The Maize Genetics Executive Committee is a professional organization for scientists and researchers working in the field of maize genetics. 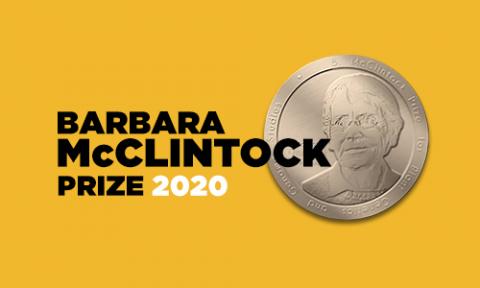