This month, the National Academies of Sciences, Engineering, and Medicine released a consensus study report, “Evaluating the Taxonomic State of the Mexican Gray Wolf and the Red Wolf,” co-authored by University of Missouri Biological Sciences Professor Lori Eggert.

The peer-reviewed report addresses whether red wolves and Mexican gray wolves are valid taxonomic entities. In both cases, their conclusion is yes.

“We concluded that the Mexican gray wolf is a valid taxonomic subspecies of the gray wolf, and the evidence currently available supports the classification of the red wolf as a distinct species,” said Eggert.

Eggert, who was invited to be on the committee because of her established expertise in conservation and population genetics/genomics, said resolving this taxonomy is far from just academic.

Eggert noted that the committee was specifically directed not to consider the wolves conservation status in their analyses. Nonetheless, the finding that each represents a unique taxonomic identity is likely to have positive implications for the continued protection of these wolves under the Endangered Species Act.

The National Academies of Sciences, Engineering, and Medicine are private, nonprofit institutions that provide independent, objective analysis and advice to the nation to solve complex problems and inform public policy decisions related to science, technology, and medicine.

Dr. Eggert joined the faculty in the Division of Biological Sciences in 2005 and has been director of graduate studies and has been an advisor to organizations such as the Wildlife Conservation Society and the International Union for Conservation of Nature. She was a member of the National Academies of Sciences, Engineering, and Medicine’s 2013 Committee on Using Science to Improve the Bureau of Land Management Wild Horse and Burro Program. 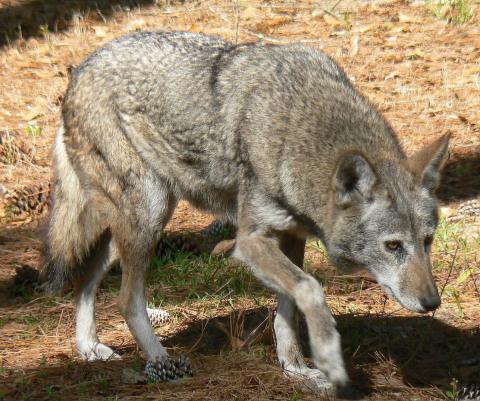