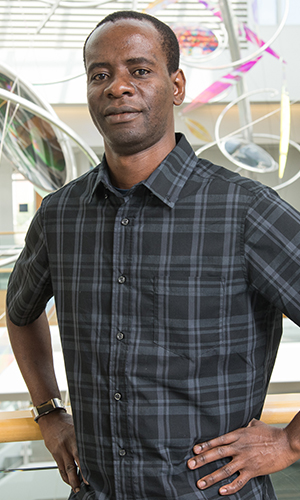 The effects of diet can vary in a population. While two individuals may have largely the same diet, one person might become overweight and the other not. This variation is seen across the animal kingdom. A study from the University of Missouri used fruit flies to shed new light on the genetic basis for this natural variation in dietary effects.

The study was led by Enoch Ng’oma, a postdoctoral fellow in the lab of Dr. Elizabeth King in the Division of Biological Sciences. Patricka Williams-Simon, a doctoral candidate in the Division, and Aniqa Rahman (B.S. ’16) also contributed to the study.

The researchers reared a genetically diverse population of fruit flies on three nutritionally different diets and then measured changes in gene expression across their genomes. While past studies have focused on responses of a few genes in simple genetic backgrounds, the new research found that the activity of more than 2400 genes, controlling diverse biological processes, were affected. Their findings, which were published in BMC Genomics, offer a new way to view and study the underlying basis for variation in dietary effects.

“Overall, our results suggest that a diverse network of pathways and gene networks are in involved in phenotypic changes in response to nutrient availability, rather than just a few key mechanisms and genes,” said Ng’oma, who is lead author of the paper. “The study supports the value of looking beyond traditional genetic mechanisms governing diet effects and to move beyond the use of just a single genotype when characterizing these responses.”

While it is known that certain diets are associated with common changes in animals — diets rich in sugar can promote hyperglycemia, for example — the molecular and genetic basis for the variation in dietary effects across individuals is largely unknown. Most research points to a handful of so-called nutrient sensing pathways – in particular, the insulin/insulin-like (IIS) and the target of rapamycin (TOR) signaling pathways – as solely responsible for the dietary response. These pathways have been identified through single-gene knockout studies, an approach that involves “turning off,” or perturbing, a gene and observing its effects. Scientists, however, have been unable to easily connect genes that have been implicated through these mutation-type studies to natural variation in natural populations.

The disconnect, according to Ng’oma, may stem partly from the use of inbred lines. Inbred lines are organisms that have been bred to be physiologically and genetically identical.  These single genotypes are often used precisely because their responses show little variability among individuals.

“This approach is useful, and it has given us clues about what processes are important to coordinate the effects of nutrition in general. But, a very small fraction of the genetic variability that’s available in nature is tested in these single genotype experiments. Moreover, previous studies have shown the different inbred lines can vary widely in how they respond to diet changes, meaning that the findings from a single genotype could represent a highly specific response and thus not be broadly applicable,” he explained.

In this new study, Ng’oma and his colleagues took a different approach. They used a genetically diverse population of fruit flies reconstituted from a large multiparent population of inbred lines, and looked at the response of every expressed gene to diet. They looked at gene expression because biological traits are determined as much by when, where, and how genes are expressed as by the identity of the gene per se. This approach, they hypothesized, would get them closer to what would be seen in nature than if they just focused on a single genotype and one or two genes.

“We expected that characterizing the overall transcriptional response to diet in a multiparent population would better capture the average response of the population and have the potential to be more broadly applicable than those characterized by only a few genotypes,” Ng’oma said.

To test their idea, the researchers reared the population of fruit flies on three diets — restricted, control, or high sugar — that varied in carbohydrates and protein. After ten days, the flies were dissected, RNA was isolated from the heads, ovaries, and bodies, and changes in gene expression were measured. The gene expression data were analyzed to see which genes responded to the different diets and also the effects of interactions between diet and the different tissues. An example of an interaction would be if a given gene is upregulated on restricted diets in ovaries but downregulated in heads. 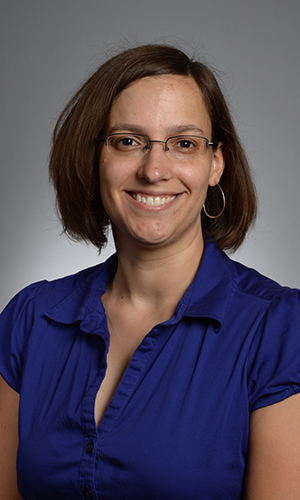 “The hypothesis has always been that the restricted diet is downregulating the pathway and the high sugar diet is activating it. The fact that the gene expression patterns tend to move in the same direction would be a surprise,” she said. “It’s important to note that not every gene moves in the same direction. These are global patterns in the transcriptome.”

When the researchers statistically analyzed sets of genes that showed the same pattern of regulation, they found many to be highly correlated, suggesting that common processes are contributing in some way. Notably, many of the critical genes identified in past studies, including those in the insulin signaling pathway, were not among them.

“Of the ones that were significant, the degree to which they changed was on par with lots of other genes,” said King. “We are not disputing that the insulin signaling and other pathways take part in mediating these effects. Rather, we think these pathways are part of a larger network of genes.”

The researchers next looked for tissue-specific patterns of gene expression across the diets. For example, ovary-expressed genes that increase in the control diet, but not in the other diets. Genes with similar tissue-by-diet interactions were grouped into modules and then analyzed.

“Analysis of these modules revealed a large number of biological processes, molecular function, and cellular components, suggesting that response to diet changes in fruit flies involves a multi-system response rather than one or a few signaling pathways that can be very different in different tissues,” said Ng’oma.

According to the researchers, the study demonstrates the importance of using a broad approach to studying complex traits. A genetically diverse population can give insights that an inbred line cannot.  Moreover, by interrogating the entire expressed genome, the results are not biased by preconceptions about what genes control a response. The approach, they argue, allows the experiment to say what is important.

The study represents basic research, so the findings are not immediately translatable to humans. According to King, the approach, however, does have implications for future studies focusing on the effects of stressful diets in natural populations, including our own, as well as for personalized medicine.

“A lot of the biomedical community and science, in general, has focused on controlling for genetic variation. Yet, the movement toward personalized medicine requires embracing genetic variation in human populations. We’re going to need studies that recognize that variability. This study is an important step in that direction,” said King.