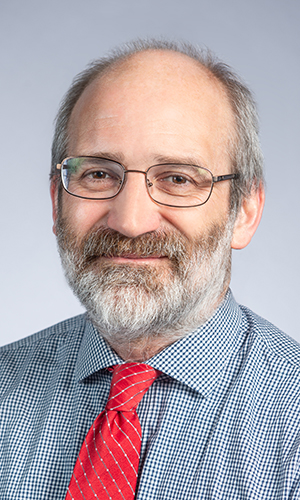 Evolution and neuroethology of acoustic communication systems in insects and amphibians 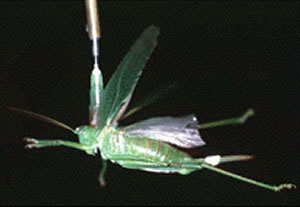 Many Katydids (here Tettigonia viridissima) show reliable phonotaxis not only in walking assays but also during tethered flight. This allows us to study the interactions of phonotaxis toward a conspecific male and the avoidance of predators (bats).

My research uses the acoustic communication system in tettigoniids (“katydids”) and treefrogs as a model system to study two research problems:

1. Neuronal basis of pattern recognition processes. Acoustic communication in tettigoniids is a premier system for studying pattern recognition mechanisms for several reasons: (1) the auditory sensory system comprises a relatively small number of neurons, which are easily accessible for neurophysiological experiments, both in immobilized and behaving animals; (2) pattern recognition can be quantified at the systems level using well established behavioral methods; and (3) both call production and call recognition are unlearned, largely genetically determined behaviors.

2. The evolution of novel traits. The extensive diversity of communication signals within taxonomic groups makes them an excellent system to study one of the most intriguing questions of evolutionary biology, namely, how do novel traits evolve? Because communication systems consist of two subunits, sender and receiver, which need to be reciprocally matched for the system to function, their rapid diversification remains an open and controversial problem. We focus on the evolution of call recognition mechanisms.

Consideration of these two problems together will have a synergistic effect, deepening our understanding of both the evolutionary and neurobiological issues in communication. With respect to the neurobiological question my goal is to understand the pattern recognition processes not only at a proximate level (i.e. how neurons and their connections function), but also at an ultimate level (i.e. whether the identified neuronal traits are adaptive, caused by constraints, or are epi-phenomena of other traits). With respect to the evolutionary question, my goal is to understand the processes leading to the diversity of communication systems, from the evolutionary forces causing them, to the cellular and sub-cellular changes in the nervous system occurring during the diversification of call recognition and signal production. The combination of neurobiological and evolutionary approaches will generate a better understanding in both fields than either approach would alone. I am convinced that our ‘two-pronged’ approach will lead to a comprehensive understanding of the interdependence of sensory systems and the evolution of communication systems, and so advance both fields.

Fellow, American Association for the Advancement of Science 2019

See Google Scholar for a list of Dr. Schul's publications.