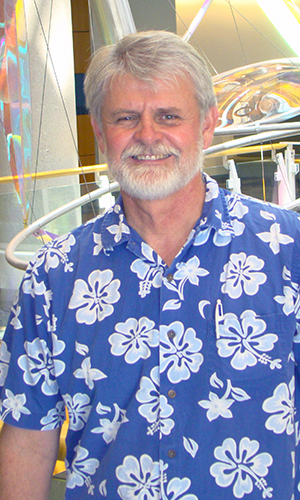 Stem cell biology and therapies for neurodegeneration and brain tumors

In Vitro Neural Stem Cell Niche Derived From Mouse Embryonic Stem Cells (ESCs)
When neuralized mouse ESCs are plated at high density in defined culture medium, a unique and complex cellular structure develops spontaneously. These cultures consist of aggregates of cells that arise from proliferation and migration of neuralized ESCs to establish elements of a neural stem cell (NSC) niche. Shown here are examples of cellular aggregates within the cultures that are immunolabeled for marker proteins specific to the mammalian NSC niche found in the subventricular zone (SVZ) of mammalian brains. Some of the cells within the aggregates express combinations of proteins unique to putative neural stem cells. The complex cellular aggregates represent an in vitro model of the SVZ NSC niche. Positive immuno-labeling for PDGFRα is shown in red. Nuclear labeling with DAPI is shown in blue. Other markers (as indicated) are shown in green. A, A core of PDGFRα-expressing cells are shown at the base of a large cell cluster. PDGFRα is expressed by the definitive NSCs of the SVZ niche. B, A core of PDGFRα-expressing cells is surrounded by BLBP-expressing radial glia. Brain Lipid Binding Protein (BLBP) is also expressed by processes that bridge adjacent cellular aggregates, indicating the radial glia provide connections between adjacent NSC niches. C, A small number of cells within a cellular aggregate co-express PDGFRα and Glial Fibrillary Protein (GFAP); co-expression of PDGFRα and GFAP is unique to the primitive neural stem cell found in the SVZ niche. Scale bar = 50 µm in all panels.

We have developed a novel NSC culture system, starting with mouse embryonic stem (ES) cells. This system displays elements of a NSC niche in the absence of exogenously applied mitogens or complex physical scaffolding. Mouse ES cells are neuralized with retinoic acid and plated on a coated glass surface at high density. Six to eight days after plating complex, multi-cellular structures consisting of heterogeneous cell types develop spontaneously. Neural stem and progenitor cell proliferation and differentiation continue within these structures. The identity of cellular and molecular components within the cultures was documented using RT-PCR, immunocytochemistry and neurosphere forming assays. We have shown that embryonic stem cells can be induced to form structures that exhibit key properties of a developing neural stem cell niche. We believe this system can serve as a useful model for studies of neurogenesis and regulation of stem cell activity in the NSC niche as well as for applications in stem cell transplantation.

In a second study, we focus on a class of hereditary diseases called the neuronal ceroid-lipofuscinoses (NCLs; often grouped together under the name Batten Disease). The NCLs are a group of autosomal, recessively inherited, progressive neurodegenerative disorders characterized by the accumulation of autofluorescent lipopigment in various tissues, including the retina and CNS. Children with NCLs are normal at birth but undergo progressive brain and retinal atrophy, and patients with early onset forms of NCL seldom survive past their teenage years. Of the genes responsible for NCLs, Cln1, Cln2, Cln3, Cln5, Cln6 and Cln8 have been cloned and characterized to some extent.

We are working on two mouse models of NCLs that exhibit degeneration of the neural retina, brain and spinal cord, one with a mutation in Cln1 and one with a mutation in Cln8. We are testing whether transplanted stem cells will (1) become integrated into the degenerating nervous system as differentiated neurons and glia, (2) remain integrated within the retina indefinitely and (3) secrete normal forms of the Cln proteins and in the case of Cln1, transfer the normal protein to neighboring mutant cells or secrete growth factors that produce neurotrophic effects on host cells. This approach provides a potential "cure" for host cells and may prevent neurodegeneration. At present there are no effective therapies for any of the NCLs. Our research will provide important new information about the use of stem cells in potential treatments for the NCLs. Our hope is that NCLs and other neurodegenerative diseases will become treatable using a combination of gene and stem cell therapies.

See Google Scholar for a list of Dr. Kirk's publications.