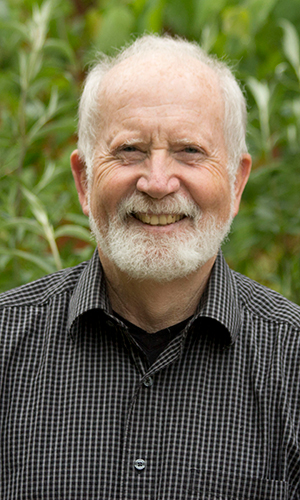 PhD, 1970 University of Texas at Austin

Evolution and neurobiology of acoustic communication in amphibians

My research involves both evolutionary and neurobiological approaches to acoustic communication in frogs and toads. The system is particularly suitable for quantitative and experimental studies: males produce complex but stereotyped acoustic signals, whereas females respond phonotactically to playbacks of both natural and synthetic (computer-generated) sounds. By systematically varying the acoustic properties of synthetic sounds, I identify the pertinent properties used in mate choice and can thus make predictions about the direction, if any, of change in acoustic signal structure through evolutionary time. Knowledge about the pertinent properties of communication sounds also serves as a framework for studying the underlying neural mechanisms. Specifically, this research guides searches for auditory neurons or networks that selectively respond to acoustic features of known biological significance in mate choice.

One main focus of research is the gray treefrog complex. Two species of gray treefrog (Hyla chrysoscelis and H. versicolor) females have a hierarchy of preferences. Strong stabilizing preferences are based on properties that serve to identify the species of the calling male; weak directional preferences are based on properties that correlate with the energetic cost of producing the call. Females prefer the calls that are the most energetically expensive for the males to produce, and thereby may be assuring that the male they choose is at least in good physical condition, if not genetically superior to its neighbors. However, the relative importance of features used in mate choice varies geographically. Females from areas where both species occur weigh static, species-identifying properties more strongly than do females from populations where only one species occurs.

There are also striking differences in the mate-choice criteria of the two species, one of which (H. versicolor) has arisen multiple times by alloploidy resulting from hybridization between (H. chrysoscelis) and other, extinct species. The change in cell size that correlates with polyploidy has contributed to some of the species differences in advertisement calls and might also have affected female sensory mechanisms and preferences. Other explanations may be discovered from an on-going comparative study of preference-criteria in close relatives within the group: the bird-voiced treefrog (Hyla avivoca) and canyon treefrog (Hyla arenicolor). A recent study of gray treefrogs also showed that, even though males do not produce complex calls, females prefer complex calls in which the established advertisement call is followed by a novel acoustic appendage consisting of the calls of other species or even a burst of noise. When the same appendages led the advertisement call, however, the complex call was at best equivalent and sometimes less attractive than the advertisement call alone.

Presidential Award for Research and Creativity, University of Missouri 1992

See Google Scholar for a list of Dr. Gerhardt's publications.