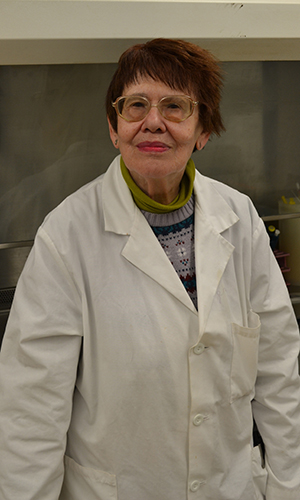 Symbiosis and gene expression in an experimental system.

I study the biology of marine bacteria. These bacteria are microbes of merit because they produce commercially important enzymes; they are the source of next generation antibiotics; they are successful symbionts of eukaryotic hosts. Colonization of artificial surfaces by marine bacteria is not “meritorious” because the damage caused to the hulls of ships, for example, is highly expensive to repair! Despite their economic and ecological importance the genomes of marine bacteria have not been extensively studied.

We utilized standard RNAseq to investigate metabolic activities of Pseudoalteromonas strains. We are continuing to annotate the genomes of these marine bacteria using homology and gene context methods.

Pseudoalteromonads were first isolated from nature as symbionts of plants and animals. Although the subject of intense investigation symbiotic relationships are generally studied in well-established systems. When suspensions of Pseudoalteromonas piscicida and Zebra fish fibroblast cells are mixed in tissue culture the bacteria are taken up. We are using this model system to sample the population and isolate mRNA before and at various times after first contact. Bioinformatics and functional genomics are used to identify changes in gene expression as the association develops.