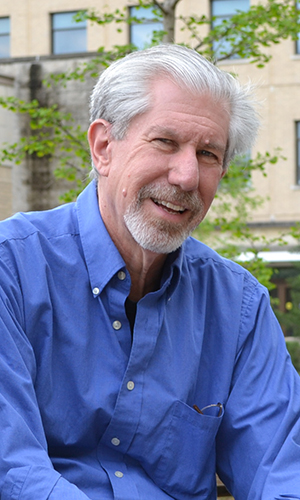 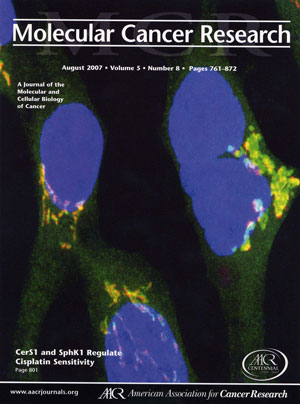 Chemotherapy is widely used to treat many different forms of cancer. However, tumors can become resistant to the drugs used for treatment and this seriously hampers treatment. In order to improve therapy, we need a detailed understanding of the molecular mechanisms underlying drug resistance. We have use a combination of genetic, biochemical and cell biological approaches to understand why cancer cells become resistant to the widely used drug cisplatin and to develop methods to increase the efficiency of the drug.
We use the model organism Dictyostelium discoideum as a primary genetic system, and then translate the results to human cells. We have identified several novel genes that are involved in resistance to cisplatin. One of these genes encodes sphingosine-1-phosphate (S-1-P) lyase, which is a key regulatory protein in controlling the level of sphingolipids in cells.   We reasoned that the lack of S-1-P lyase activity increased the S-1-P level in cells which in turn promoted cell survival in the presence of cisplatin. To validate this hypothesis, we generated mutant stains that either overexpressed the S-1-P lyase (lower S-1-P) or sphingosine kinase (increase S-1-P), as well as sphingosine kinase null strains (lower S-1-P) and studied the relationship between the levels of these enzymes and cisplatin resistance. As predicted, both sphingosine kinase null and S-1-P lyase overexpressing cells are more sensitive to cisplatin, while sphingosine kinase overexpressing and S-1-P lyase null cells are more resistant to cisplatin. Significantly, the changes in resistant were only seen for cisplatin and the related platinum drug carboplatin, but not for drugs that damage DNA by other mechanisms.

We also have expressed the human S-1-P lyase and sphingosine kinase in human HEK293 and A549 cells. In agreement with the D. discoideum studies, overexpression of the S-1-P lyase sensitizes both cell types to cisplatin, while overexpression of the sphingosine kinase lowers sensitivity to the drug. Again, the increase in sensitivity was limited primarily to platinum based drugs. The increase in sensitivity is mediated through the p38 MAPK pathway. We have just finished a study in which we modulated the levels of the ceramide synthase enzymes in human cells, and we have shown that this too affects sensitivity to cisplatin.

Further biochemical and cell biological studies on the ceramide synthase 1 enzyme have shown that it is uniquely regulated by ubiquitination and proteasomal degradation in response to a wide variety of stresses including anti-cancer drugs, UV light and chemicals that induce the unfolded protein response. This stress-induced turnover is positively regulated by the P38 MAPK pathway and negatively by protein kinase C. Moreover, stress induces a the translocation of the ceramide synthase 1 enzyme from the endoplasmic reticulum to the Golgi apparatus and proteasomal processing is required for this intracellular relocation of the enzyme.

Overall, the studies have identified the sphingolipid metabolizing enzymes as important new chemotherapeutic targets, and revealed important details about the cell biology of the regulation of the enzymes. We continue to use the D. discoideum system to isolate mutants which are resistant to other important chemotherapeutic drugs, and as a high throughput screen for compounds with cytotoxic activity.

Thank you for your interest in our work. Steve has retired and is no longer taking students.

Fellow, American Association for the Advancement of Science 2012