Phillips honored for service to campus

The award, which comes with a $1000 prize, recognizes exceptional service to the university by a faculty member.

“It isn’t surprising that students and administrators place the highest value on a faculty member’s contributions to our university’s teaching and research missions. But all faculty also have a service obligation, and this can have profound effects on the campus environment, so it is a nice thing when administrators recognize service with an award like this,” Phillips said.

Sustained is the first word Professor Bing Zhang used to describe Phillips’ record of service to the university. Phillips has served in some capacity for the entirety of his career at MU, and his service on several committees runs into the decades. Zhang also described his service as extensive, diverse, and distinguished.

“Dr. Phillips has been a remarkable citizen of our department, college, campus, and University,” said Zhang, who as chair of the Division of Biological Sciences Awards Committee nominated Phillips for the award.

One of Phillips’ longest-standing service roles is as director of MU’s Molecular Cytology Core. Phillips established the research facility at MU in 1991 and has served continuously as its director. The facility trains researchers across campus on various advanced imaging analysis and processing techniques. He also has served the broader research microscopy community as a member of the editorial board of the journal Microscopy Today, a role he has held for 15 years.

While Phillips is proud of the Molecular Cytology Core, he said his service on undergraduate scholarships committees has been the most gratifying and fun.

“Reading all the student files convinces me that our students are going to make Missouri and the world a better place someday, and it is great to be able to reward their efforts,” he said.

John C. Walker is a Curators’ Distinguished Professor and director of the Division of Biological Sciences. He said he has particularly appreciated Phillips’ service to the Division’s Undergraduate Scholarship Committee.

“Because of Tom’s leadership, we do a very good job of getting many of our very deserving students recognized,” Walker said.

His contributions to enhancing the undergraduate experience for students extend beyond the department and College. The 2009 Kemper Fellow also has been a long-time advocate and supporter of several important campus-wide programs for students, including Residential Life, the FIG Program, the Campus Writing Program, and the Career Center Advisory Committee. As co-chair of the campus-wide Committee on Credit for Military Service and Coursework, Phillips played a pivotal role in crafting the campus-wide policy on providing credit to military veterans and making MU a veteran friendly campus.

Zhang said that Phillips service is not limited to helping students. “Dr. Phillips is widely regarded as a vocal advocate for faculty and is regularly asked to serve in that capacity as well,” added Zhang.

Professor Pat Okker is Dean of the College of Arts and Science. She has served on several campus committees with Phillips, including a task force charged with drafting a strategic operating plan for the university.

“I have seen for years the extraordinary impact his service has had on our university community,” Okker said. “Dr. Phillips is the quintessential heavy lifter on campus. He does the work. He has made this a better place.” 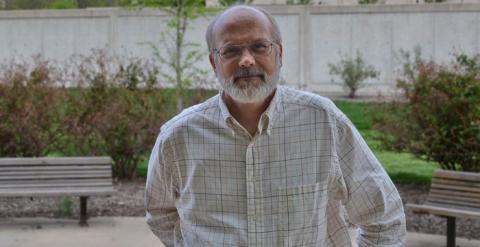