Marissa LaMartina, a sophomore majoring in biological sciences, has been awarded the Outstanding Discovery Fellow award. The award honors excellence in the Discovery Fellow program, a research-focused program for high-achieving Honors College students.

LaMartina carries out research in the Chipojo lab in the Division of Biological Sciences. She is working closely with graduate student Christian Perez on a comparative neuroanatomy project that aims to understand the relationship between habitat selection and the evolution of sensory systems in lizards. Her specific project focuses on the vomeronasal system, which is a part of chemoreception in reptiles. Located in the roof of the mouth, the organ is used to detect volatile and nonvolatile chemicals.

LaMartina is using microCT scans and iodine-based contrast-enhanced computed tomography (diceCT) to characterize this organ in eight lizard species that occupy different environmental niches. Her goal is to test the “trade-off hypothesis,” which posits that visually-oriented species have relatively poor chemoreception and vice versa; in other words, does a lizard with a large visual system exhibit a relatively small chemoreception system?

LaMartina also was selected as a Cherng Summer Scholar for 2022. This funding will allow her to carry out her research over the summer. Her summer plans includes expanding her comparative neuroanatomy work to include the optic nerves as well as collecting ecological, behavioral, and morphological observations of the species in their natural habitats in Puerto Rico. 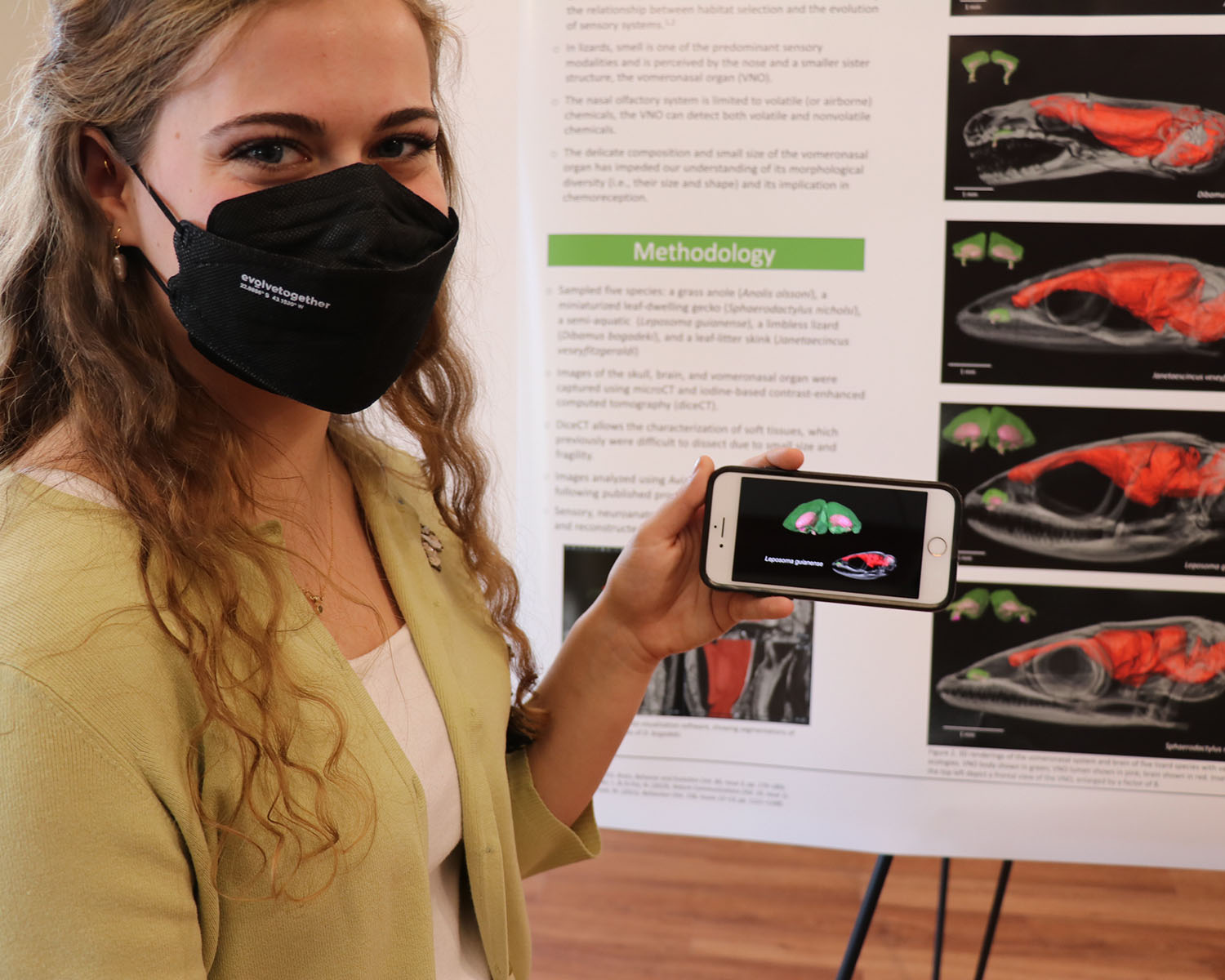 LaMartina shows an example of one of her microCT scans on her phone. See the image: https://youtu.be/nDNnRr8OD-o

The Cherng Summer Scholars Program is one of MU’s most prestigious and ambitious summer research and creative scholarship programs. Selection is based on outstanding academic achievement, especially in research, as well as a promising design and specific outcomes outlined within a project proposal.

“Receiving these awards reminds me of how grateful I am to be a part of the Chipojo lab,” LaMartina says. “Everyone is so supportive and generous with their knowledge. They have helped me every step of the way!”

LaMartina’s receipt of the back-to-back awards came as no surprise to Professor Manuel Leal in the Chipojo lab.

“Marissa is an intellectual powerhouse,” Leal says. “She thinks quickly and creatively, but also ponders questions deeply. This is the kind of ‘big-picture’ level of understanding that you expect from a very select group of undergraduate, usually seniors or early graduate students not a sophomore, which speaks volumes to her creativity and future directions. She has the potential to become an outstanding graduate student and scientist.” 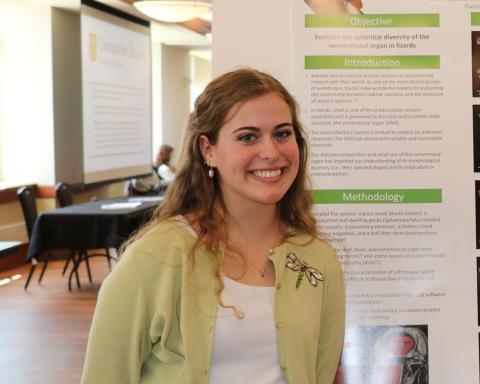