Troy Zars spent his research career studying how we learn and remember by studying the brains of fruit flies.

In a special issue of the Journal of Neurogenetics, published online today, a number of his colleagues, students, and friends share what they learned from and remember about Zars and highlight his impact on the field of neurogenetics. The issue also looks forward and discusses the development of promising new research directions and applications in the area of learning and memory. 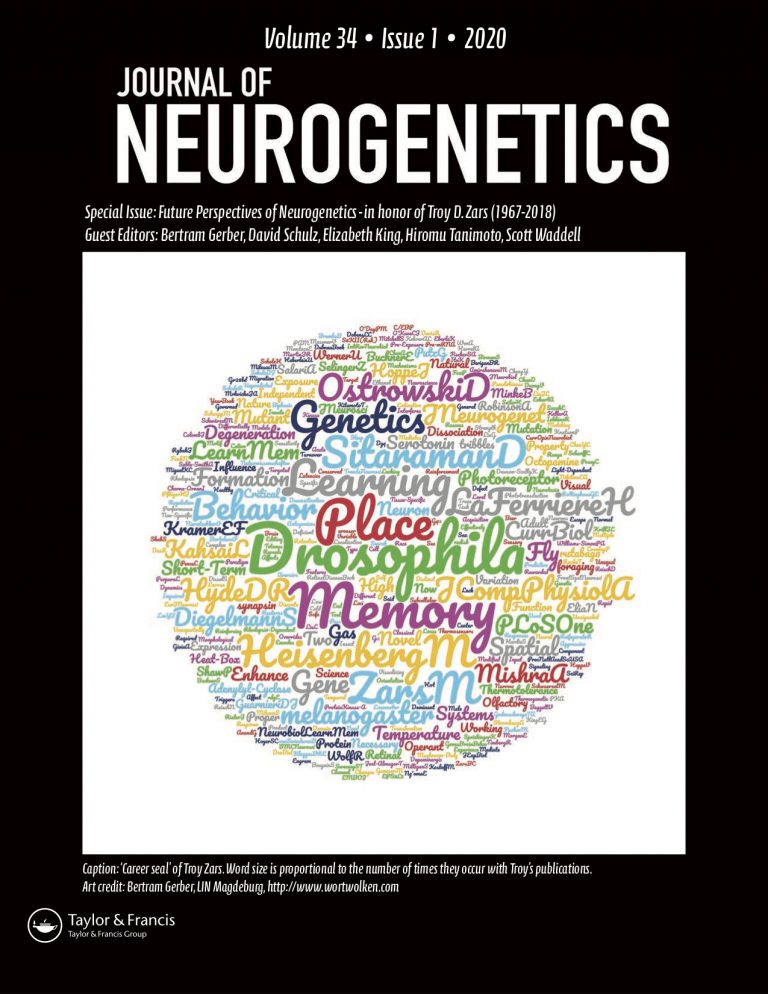 “We hope the issue conveys Troy’s excitement, and that of the neurogenetics community in general, about the possibilities now available for investigating these fundamental questions in Drosophila melanogaster with unprecedented elegance, precision, and completeness,” write Bertram Gerber and colleagues in an Editorial.

Contributors include Professor David Schulz and Assistant Professor Elizabeth King, both of whom are also co-editors of the special issue. Among the articles, are a biographical sketch of Zars, coauthored by King, and a personal tribute, authored by Schulz.

Several of Zars’ graduate students are also represented among the contributors.  Dr. Aditi Mishra, Ph.D. ’19 (now at the University of Oxford) coauthored a review article with two other students from the Zars lab, Angelynn Simenson and Abigail Kehrer, and a research article from her dissertation on the role of the critical neurotransmitter, dopamine, in place learning and memory. Two current graduate students, Patricka Williams-Simons and Mathangi Ganesan, coauthored together with King a review article that highlight Zars’ contributions to using fruit flies to elucidate the genetic basis of learning and/or memory, focusing in particular his vision to bring together behavior and quantitative genomics. Two former graduate students, Divya Sitaraman, Ph.D. ’10 (now at the Howard Hughes Medical Institute-Janelia Farms) and Holly Laferriere, Ph.D. ’10 (now at Bemidji State University) coauthor a review focused on place learning and memory, an area of special interest to Zars.

“It is a testament to Troy’s mentoring that all of his graduate students at the time of his death were able to contribute to this issue,” said Schulz.

Anther notable contributor includes the German neurobiologist and geneticist Martin Heisenberg, with the University of Würzburg in Germany. Zars, who was the recipient of a prestigious Humboldt Research Fellowship, worked with Dr. Heisenberg for his postdoctoral training. In this issue, Heisenberg shares his thoughts on Zars’ contributions to mapping memory. Zars’ ongoing relationship with his colleagues in Germany is reflected in the number of contributors from German institutions to the issue, while the contributors representing institutions in the U.K., France, Japan, and the United States point to his wider reputation.

In 2002, Zars joined the faculty in the Division of Biological Sciences in the College of Arts and Science, where he rose to the rank of Professor. He passed away in December 2018 after an extended battle with cancer. In honor of his contributions to the Division and MU, he was posthumously granted the title of Professor Emeritus in 2019. A Troy Zars Memorial Fund was also established in his memory, donations to which will honor his passion for science and education. 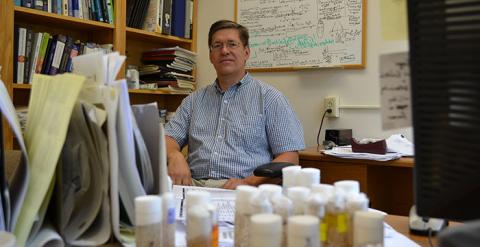