David Schulz, who was appointed to the leadership position, lauded Walker for his outstanding leadership of the Division.

“Dr. Walker has left a lasting legacy on our department and at Mizzou and beyond. He laid the groundwork for us to continue advancing the academic, research, and diversity and inclusion goals of our department. I feel strongly that we will reap the gains of his leadership for decades to come,” he said.

During his tenure as director, the Division recruited a diverse and talented pool of staff and faculty, reorganized the Division’s core research themes to promote interactions and collaborations between faculty and students, strengthened the undergraduate curriculum by supporting national Vision and Change core concepts and competencies, enhanced the graduate studies program by raising student stipends and lowering the average time to Ph.D. completion to 5 years, secured upwards of $600,000 in gifts and endowments that reward faculty excellence and support graduate student travel, and established an Alumni Leadership Board to engage and promote involvement of alumni in the Division. Under his strong fiscal stewardship, the Division’s financial wellness also was strengthened substantially. The Division secured upward of $90 million in grant dollars, eliminated its debt, and strengthened its reserves over the past nine years.

“It’s been a privilege to lead the Division,” said Dr. Walker. “I want to thank the faculty, graduate students, and staff for their passion and energy and for all that they have done and continue to do to make the biological sciences a great place to teach and do science at Mizzou.”

Praise For An Honest, Effective Leader

Faculty and staff praised Walker as an honest and effective leader who was committed to each of them personally and to the department as a whole.

Professor David Braun said he is “profoundly grateful” to Walker for his leadership. “John served as Director during tumultuous times, and I’m certain was forced to deal with many difficult decisions and actions. He did so with confidence and fortitude, even though I am sure at times the job was exceptionally difficult and trying. At the same time, he also led us financially out of debt and rebuilt our reserves, which has helped us to weather the current financial storm better. He also helped recruit some amazing assistant professors, whose outstanding contributions will serve as a lasting legacy of his tenure as director.”

Professor Paula McSteen concurred, adding that “John has been particularly supportive of the junior women faculty that were hired.”

Assistant Professor Ruthie Angelovici agreed. “From the get-go, I felt I was dealing with an honorable and thrust worthy leader that will do the best in his power to help me flourish in the department. As a young faculty member, that feeling was very empowering. He also faced all the challenges brought before him — whether fiscal, academic, or personal — calmly and effectively, which made the department working environment feel safe and stable. I’m very thankful to have had the chance to be a junior faculty while he led the department,” she said.

Assistant Professor Lauren Sullivan echoed this sentiment. “As a new faculty member, it can be difficult to figure out how to prioritize your time. John was always so helpful in talking through my options and helping me figure out the best path forward. I will always be grateful for his guidance,” she said.

Associate Professor Elizabeth King shared that she appreciated not only Walker’s “honest advice and unwavering support” of her personally but to the Division as a whole. “John always made space for my ideas, and those of other faculty, in where the department should be headed in the future. The Division as a whole owes him a great debt of gratitude,” she said.

Assistant Professor Yves Chabu concurred. “I will miss John’s honesty and his direct and effective leadership style. He had a genuine interest in and listened to all DBS stakeholders. During the time I have been here, his strategic focus on revamping the research strength of the Division has been palpable.”

Professor Manuel Leal also had praise for Walker’s democratic leadership style as well as his efforts on behalf of graduate students. “As a director, John was not a micromanager. He provided space for faculty to explore initiatives, even when he was not completely on board. John always took time to meet with me and was willing to give me the opportunity to discuss with him what I felt was needed for the Division. These discussions were always done as peers, even if, in the end, he had to wear the ‘Director’s hat’ and make a final decision. Still, I knew I could approach John and that he would be willing to listen, even when we agreed to disagree,” said Leal. “He also deserves credit for his commitment to the graduate students. In my experience, he has always been willing to listen and support the graduate students.”

Walker also was lauded for his ability to connect and communicate with staff and for his leadership style that inspired and encouraged them to grow professionally.

In his over 30-year career at MU, Dr. Walker has served in diverse leadership positions.

In addition to his role as director of the Division of Biological Sciences, he served as associate director and then director of the Interdisciplinary Plant Group; director of the Charles H. Gehrke Proteomics Center; associate scientific director of the Christopher S. Bond Life Sciences Center; as well as chair of a number of committees, including the Sears/Life Sciences Center Plant Growth Facility Oversight Committee for two decades. For the past 7 years, Walker also has led the statewide, multi-institutional Missouri EPSCoR program, which has made significant and important contributions to the State of Missouri’s research infrastructure, capacity, and competitiveness. He is recognized as a leader in the larger plant biology community, having pioneered the field of receptor-like protein kinases in plants and helped establish a series of international meetings devoted to elucidating the roles of protein kinases and phosphorylation in plants.

For Curators' Professor James Birchler, Walker’s “exacting science and the many leadership roles at MU that have bettered the university as a whole” are what make him a great colleague.

Walker received his B.S. degree from Arizona State University and his Ph.D. degree from the University of Georgia. He completed his postdoctoral training at the Commonwealth Scientific and Industrial Research Organization (CSIRO) in Canberra, Australia. He joined the faculty in the Division of Biological Sciences at the University of Missouri in 1987 and appointed director in 2011. He was elected a fellow of the American Association for the Advancement of Science in 2004. The UM Board of Curators named him a Curators’ Distinguished Professor in 2014. 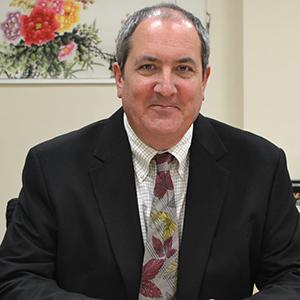