The National Academy of Sciences is a private, nonprofit honor society of distinguished scholars engaged in scientific and engineering research, dedicated to furthering science and technology for the general welfare. Members are elected on the basis of their original scientific research.

“This is of course a great honor, but also a call to national service,” commented Smith, who is a Curators’ Distinguished Professor Emeritus of Biological Sciences in the College of Arts and Science. “I hope I’ll be able to help foster the cultural and material benefits of science in our society.”

A common thread of Smith’s research has been the study of genetic diversity, initially in antibodies, then in repetitive DNA sequences, and finally in combinatorial chemistry. At MU, he began to study the assembly of filamentous bacteriophages, with a specific interest in designing DNA cloning vectors. That work led to stunning advances built around his invention of “phage display,” whereby enormous peptide “libraries” are generated on the surface of a bacteriophage, allowing extremely rare peptides that bind a target biomolecule, such as a receptor, to be selected using simple microbiological techniques.

Smith never patented his discovery. Moreover, he and his colleagues were enthusiastic disseminators of the technology to laboratories throughout the world, freely providing seed stocks, detailed protocols, and advice. The technology led to development of a range of antibody drugs used as anti-cancer or anti-inflammatory therapeutics.

“The widespread use of phage display technology testifies not only to its utility but to the generosity of Dr. Smith and the benefit of his contribution to humankind,” said John C. Walker, Director of the Division of Biological Sciences. “It is great to see the scientific community in the United States recognizing and honoring his contributions.”

Smith holds an undergraduate degree in biology from Haverford College and a doctorate in bacteriology and immunology from Harvard University. He joined the MU faculty in the Division of Biological Sciences in 1975. The Board of Curators appointed him a Curators’ Distinguished Professor in 2000. He has authored/coauthored more than 50 articles in top scientific journals and is the recipient of the American Society for Microbiology’s 2007 Promega Biotechnology Research Award. He retired and was given the title emeritus in 2015.

In 2018, Smith was awarded the Nobel Prize in Chemistry, which he shared with Frances H. Arnold and Sir Gregory P. Winter. He donated his prize money to support students in the College of Arts and Science.

Smith’s election makes him the second faculty member from the Division of Biological Sciences to join the ranks of the National Academy of Sciences. He joins his colleague Curators’ Distinguished Professor James Birchler, who was elected a member in 2011.

“I heartily congratulate George on this well-deserved and long-overdue recognition,” said Birchler. “It is great to have another MU biologist represented in the NAS. It is a testament to the value our department places on basic research.” 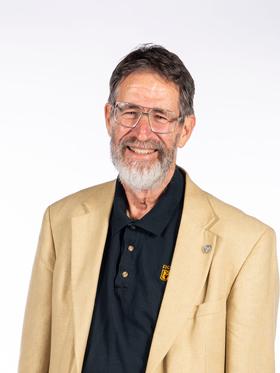