Dr. David Schulz, professor of biological sciences, has been named a Fellow of the American Association for the Advancement of Science. Election as a Fellow is an honor bestowed upon AAAS members by their peers.

Schulz is well known for his studies of neural networks: interconnected nerve cells that carry out bodily processes such as cardiac activity, digestion, and bladder function. He works to better understand how these networks function from both the perspective of an individual cell as well as the coordination of the network as a whole. He carries out his research in the Jonah crab, a model invertebrate for studying the nervous system, using a combination of molecular, electrophysiological, and computer modeling techniques. His studies have generated new information about particular genes that relay messages inside and between neurons and also have pinpointed genes that impact heartbeat and food processing. Most recently, he showed that individual neurons work actively to maintain a consistent electrical output. He is translating these insights gained from his work in the Jonah crab to studies of spinal cord injuries using mouse as a model system. He is specifically interested in how neural networks below the site of injury are impacted by loss of descending input and what that means for their recovery after injury.

Schulz has been at the forefront of neuroscience in the classroom as well. Together with Professor Satish Nair in MU’s College of Engineering, he established an interdisciplinary minor in computational neuroscience at MU, one of the first such programs for undergraduates in the nation. The pair also developed computational neuroscience workshops and short courses for advanced students and for faculty at 2- and 4-year institutions. They have received support for these educational endeavors from the National Science Foundation and the National Institutes of Health. Schulz’s teaching and mentoring have been lauded with receipt of MU’s William T. Kemper Fellowship for Teaching Excellence and the Ann K. Covington Award, respectively.

The new AAAS Fellows will be presented with an official certificate and a gold and blue rosette pin on Saturday, Feb. 15 at the AAAS Fellows Forum during the 2020 AAAS Annual Meeting in Seattle, Washington.

AAAS is the world’s largest general scientific society and publisher of the journal Science. The organization was founded in 1848, and the tradition of electing fellows began in 1874. 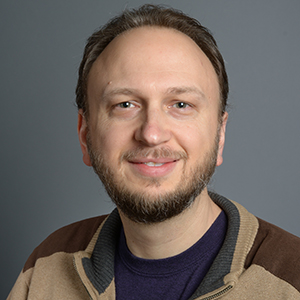