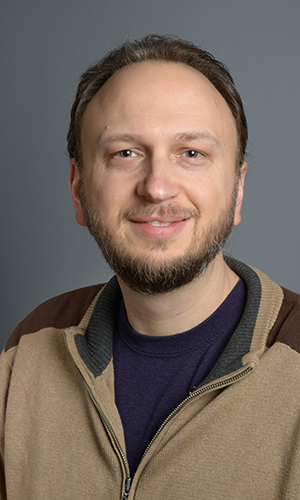 “Dr. Schulz is a renowned neuroscientist and a celebrated teacher and mentor. He brings a demonstrated ability to build trust and collaboration within the Division and across campus as well as a strong record of advocating for faculty, students, and basic research on campus. His leadership will be an enormous asset to the Division moving forward,” said Pat Okker, dean of the College of Arts and Science. “I am thrilled he has agreed to serve in this important leadership role, and I look forward to working with him and the entire Division in the years ahead.”

Schulz earned a Ph.D. in entomology from the University of Illinois at Urbana-Champaign and came to the University of Missouri in 2005. His research focuses on the dynamics of small neural networks in the Johan crab with additional translational studies on spinal cord injuries using mouse as a model system. He has been PI/Co-PI on extramural research and training grants totaling over $5.1 million and is published widely in journals and book volumes. He currently serves as an academic editor for PLOS ONE. He is an elected fellow of the American Association for the Advancement of Science and is the recipient of MU’s William T. Kemper Fellowship for Teaching Excellence.

“I am very excited about the prospect of serving as the Director of this Division, and I am humbled by the opportunity,” Schulz said. “This is the only academic home I have ever known, and I am forever grateful that this department and Mizzou gave me a chance to be a part of it nearly 15 years ago. Now I have the opportunity to repay that investment and that faith, and I look forward to doing so with everything I can possibly bring to the position.”

Earlier this month, UM System President Mun Choi appointed Schulz to serve in one of the newly created roles of research lead for MU’s NextGen Precision Health Institute. In that role, Schulz will spearhead the research enterprise of the institute’s neurological sciences program.

“I am very excited about playing a strong role in the development of the Precision Health Initiative. In part, my involvement with the NextGen Institute is to ensure that the Division of Biological Sciences and the College have an advocate in the process, and that a basic research perspective is represented in such an effort. I believe the Division rightfully has a role to play in something that touches on biomedical research, and that we will be a strong partner for some of the laudable goals of this initiative.” said Schulz.