How the anti-Gal antibody saved our ancestral primates from extinction

Dr. Uri Galili discovered the anti-Gal antibody in 1984. In the 38 years that followed, he, along with collaborators across the landscape of modern life science, have elucidated the astonishing evolutionary, immunological, physiological, and clinical range of anti-Gal’s implications in more than 100 publications.

In this lecture, Dr. Galili will talk about how, among mammals, only catarrhine primates (Old World monkeys and apes, including humans) make anti-Gal antibodies, as a consequence of losing the enzyme for synthesis of alpha-gal, the carbohydrate that anti-Gal antibodies recognize. Galili hypothesizes that loss of that enzyme and the consequent synthesis of abundant anti-Gal antibody saved a tiny remnant of our primate ancestors from extinction from a catastrophic outbreak of viral disease 20 to 30 million years ago.

This lecture is sponsored by the Donald M. Nelson Lectureship Endowment.

Dr. Uri Galili received his Ph.D. from the Department of Cancer Research at the Hebrew University in Jerusalem, and after a post-doctoral fellowship at the Karolinska Institute in Stockholm, he returned to the Department of Hematology in the Hadassah Hospital of the Hebrew University. It was there in 1984 that he and his colleagues published the first articles describing anti-Gal antibody and alpha-gal, the blood group carbohydrate that anti-Gal recognizes. In almost all mammals, alpha-gal is abundant and anti-Gal is absent. But in catarrhine primates—old-world monkeys, apes, and humans—the reverse is true: alpha-gal is absent and anti-Gal is the most abundant antibody in circulation. That discovery has been the linchpin of an extraordinary career that has reached into foundations of medicine, immunology, transplantation biology, and physical anthropology.

For 38 years, at the University of California San Francisco (1984–1991), the Hahnemann School of Medicine (1991–1999), Rush University School of Medicine (1999– 2004), the University of Massachusetts Medical School (2004–2013), and now in retirement back at Rush as volunteer adjunct professor, Galili has collaborated with colleagues from across the landscape of biomedical research, publishing over 100 articles exploring the anti-Gal antibody’s manifold implications, including especially the innovative therapeutic opportunities it has brought to light.

For additional information about Dr. Galili and his visit to MU, see this webpage. 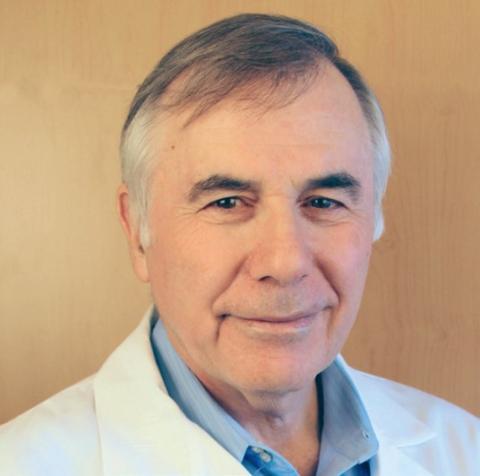