For the Love of Frogs!

Like most of us, I was always the kid with dirty hands and lizards and snails in his pockets. My friends hated playing with me because it didn't matter what we were doing, dinosaurs, animals, and monsters were always part of my repertoire. As I became older "I never grew up", in high school and then college (and even now as an adult), I would still bring dinosaurs, animals, and monsters as part of my repertoire. Notwithstanding, I never thought of myself as anything else but a person that wanted to follow their passion. So I did, I found Carl haphazardly during my search for grad school programs. I recognized his name and gray treefrog picture on the Division's pamphlet. I knew about him and his work from my Herpetology and Animal Behavior textbooks, and thought: “why not?, let’s do this! It would be great to work with the anuran acoustics authority”. Half a year later I was as far away from the Caribbean as I had ever been, interviewing with him and his lab as a prospective student. The rest have been an exciting +20 years learning about anuran ecology, behavior, and evolution, but also dedicating my life to saving these precious animals from extinction and protecting their habitats. Being at MU changed my life forever and in more than the obvious academic and professional ways we all expect. I hope it does the same to you, and I’m here to tell you how it has changed mine. 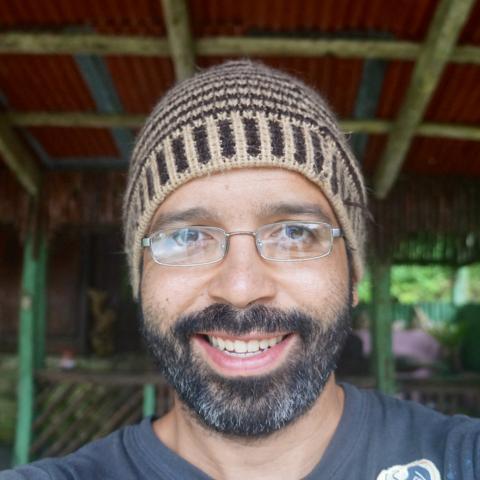