As the central nervous system develops, neurons often migrate extensively before assembling the circuits that drive cognitive and motor function. Within the vertebrate hindbrain, Facial Branchiomotor (FBM) neurons migrate caudally from rhombomere 4 (r4) to r6 and generate the circuits that drive facial and jaw movements. While several components of the Wnt/PCP (Planar Cell Polarity) pathway have been investigated for their roles in initiating FBM neuron migration, much less is known regarding the mechanisms that determine directionality. Our lab discovered that in mice lacking the Wnt/PCP component Celsr1, many FBM neurons inappropriately migrate rostrally into r3. Tissue-specific knockouts indicate that Celsr1 is functioning non-cell autonomously within the ventricular zone rostral to r4 in order to prevent rostral migration.

Intriguingly, Celsr1 and a potential chemoattractant gene Wnt5a are expressed in overlapping domains within the rostral hindbrain. Based on these findings, we hypothesized that in the wildtype hindbrain, Celsr1suppresses Wnt5a function rostral to r4 to block the inappropriate rostral migration of FBM neurons. I have successfully tested three predictions of this hypothesis in my dissertation.

Devynn plans to secure an industry or academic research position working with mouse models of development and/or disease. 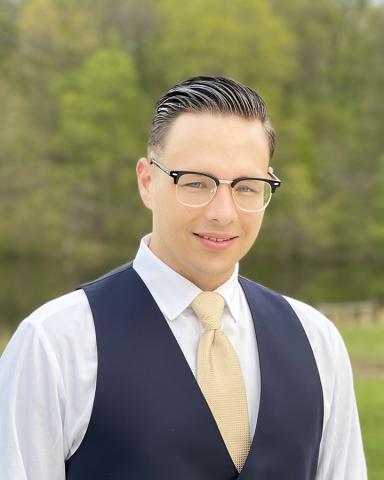