The evolution and genetic basis of complex traits in D. melanogaster

The current climate crisis is a major environmental stressor that threatens the survival of every species on Earth. It is necessary for organisms to evolve stress resistant traits and phenotypic plasticity to survive the catastrophic effects of climate change. To resist stress, organisms will need to invest some amount of energy, leading to trade-offs with other traits. In addition, organisms must develop behavioral adaptations to manage environmental stressors. Behaviors such as dispersal and migration, and stress-resistant traits such as starvation resistance, have evolved as a means of survival.

While researchers have studied behavioral adaptations and stress-resistant traits, the genetic and evolutionary mechanisms and phenotypic plasticity of these traits are not fully known. For my dissertation research, I studied the genetic mechanisms and phenotypic plasticity of two traits: exploration behavior and starvation resistance, respectively, in evolved multiparent populations of D. melanogaster.

I used a bulk-segregant analysis (BSA) approach using a multiparent population, the Drosophila Synthetic Population Resource (DSPR), to uncover the genetic basis of exploration tendency in D. melanogaster. I defined exploration as the tendency of female fruit flies to move from a starting chamber to a novel fly chamber through a narrow tube. To identify the source of genetic variability in exploration, I generated 17 pairs of “high exploration” and “low exploration” bulk segregant populations consisting of 40 - 100 female flies and performed whole genome pooled sequencing. I then compared allele frequency differences between these pools to identify regions of the genome implicated in exploration tendency.

I studied starvation resistance in an experimentally evolved population of D. melanogaster. Our lab placed twelve replicate populations of D. melanogaster on three selection treatments: constant high nutritional diet (CHA), fluctuating nutritional diet (FA), and deteriorating nutritional diet (DA). These three treatments have been ongoing for over 50 generations. For my experiment, a duplicated set of flies from all replicates and treatments were placed on one of three diets for 10 days: high sugar, standard, and low yeast diets. After 22 days post-oviposition (p.o.), flies were placed on nutrition-less agar. Starvation resistance was measured as the time it takes for a fly to die starting the moment it is placed on nutrition-less agar. We link these phenotypic changes to variation in artificial selection pressure and environmental conditions.

Finally, I implemented a model of statistical error due to variability in coverage in pooled sequencing experiments. 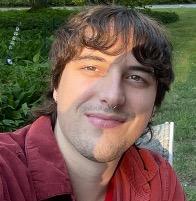