Dissecting the Genetic Basis of Carbohydrate Partitioning in Maize and Sugarcane

Carbohydrate partitioning is the process by which carbohydrates, synthesized in the photosynthetic source tissues (mature leaves) are mobilized to non-photosynthetic (sink) tissues, such as roots, seeds, and developing organs. This process is crucial for plant development and growth and is the source of energy that fuels almost all heterotrophic lifeforms on earth. Until now, limited studies have explored the anatomical, physiological, and biochemical mechanisms of this process, however, much is still unknown in regard to its genetic control. Towards understanding the genetic control of this process in maize, one of the major crop species, EMS mutagenesis was used to generate mutants that are defective in the process. Here, I present characterization of two family of such mutants. To further explore the control of carbohydrate partitioning in other crop species, I collaborated with other research groups to identify sugar transporters that might be responsible for accumulating sugars in modern sugarcane varieties.

For the studies in sugarcane, I annotated the Sucrose Transporters (SUTs) and Tonoplast Sugar Transporters (TSTs) genes in wild and modern varieties of sugarcane (Saccharum spontaneum and Saccharum officinarum respectively). Utilizing RNA-Seq expression data in various tissues, we propose a model describing the role of SUTs and TSTs for sucrose transport and storage in sugarcane, based on previous studies in sugarcane and our knowledge in maize, sorghum, rice, and other crop species.

In summary, my research has provided novel knowledge to advance the current understanding of carbohydrate partitioning in maize and sugarcane. These knowledge and genetic resources can serve as a foundation to further explore and innovate and has the potential to directly contribute to increasing food security for the growing population by increasing crop yield and resistance to various abiotic and biotic stresses. 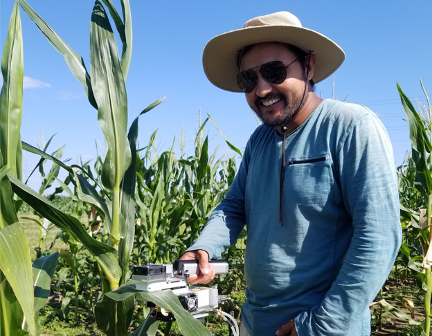 Singha Raj Dhungana will continue his research as a postdoctoral fellow in the lab of Dr. David Braun. He will be following up on mutants that he characterized during his graduate career as well as starting a new project focused on various stresses in maize and sorghum. His long-term career goal is to improve food security by enhancing crops as a plant scientist in either academia or industry. 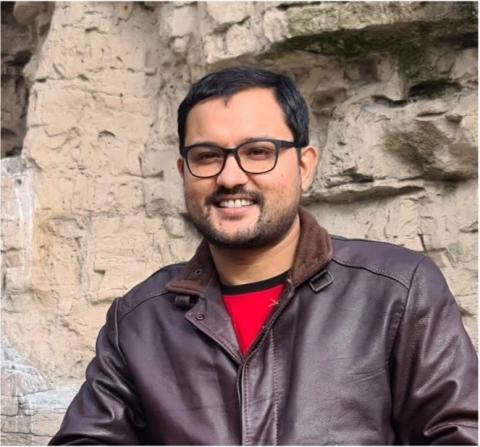