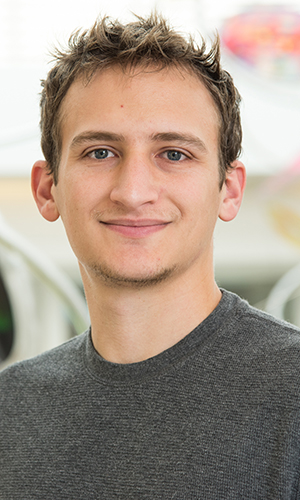 Michael Pisias came to realize that he wanted to study polyploidy while sitting in an undergraduate genetics lecture class at California State University-Sacramento (CSUS) a few years ago.

This unique phenomenon is when the cells of an organism have more than two paired sets of chromosomes, which intrigued Pisias.

“I knew I liked to figure out how living things work, especially at the smallest, genetic level,” Pisias said. “I find it fascinating that there are some creatures that are able to survive and thrive with doubled genetic information, which would be lethal to almost everything on the planet. I like to see how they’re able to do that.”

As a graduate student in the Chris Pires lab at Bond Life Sciences Center, Pisias indulges this passion studying Brassica. Modern day Brassica include many items in your grocery produce section like cabbage, cauliflower, and broccoli. These hybrids were formed by parent species millions of years ago and have evolved to contain double the genetic information.

“Essentially it’s a way to kind of generate a whole new species. These ones did it on their own, but we can do it synthetically in the lab too,” Pisias said.

Pisias focuses on the effects of the parent species’ genetic information within Brassica. He uses CRISPR to edit genomes to see how the chromosomes interact.

“It’s exciting because it’s really cutting edge,” Pisias said. “I’ve never seen a lot of the work that we’re trying to do within Brassica, a lot of this research is done in monocots like maize or wheat. It’s cool to do this in something that is further outside of what everyone else works on.”

Before Bond LSC, Pisias went to Sierra College and CSUS in his native California.

Pisias worked with local California polyploids after transferring to CSUS and learned how to be an efficient researcher through perseverance and keeping good records of his work.

“I was trying protocols repeatedly and realizing that when you’re doing research, it’s probably not going to work every time. You have to be persistent and creative,” Pisias said.

Pisias’ connections at CSUS led him to connect with Pires, and the rest is history.

“He’s bold, he’s willing to take some risks to try things that haven’t been done before,” Pires said.

At Bond LSC, Pisias has learned the value of collaborating.

“I find that a good part of my time here is spent learning from other scientists and not so much just sitting around reading things on the computer. You can learn something from everyone,” Pisias said.

He goes to neighboring labs for help and advice to advance his research.

“Everyone in the lab and in the Bond Life Sciences Center that I’ve interacted with are very friendly,” Pisias said. “They’re very inviting and I get to work with people from all over the world here. It’s been a very beneficial relationship.”

Pisias has passed it on as a mentor and teacher. He has taught Introduction to Biological Systems Lab and has helped teach a genetics course.

“I want to teach future scientists; a lot of my interest lies in mentoring other people,” Pisias said. “I currently have four undergraduate students to work with me on my research. I like to see how they can learn and grow on their own scientific journey.”

Teaching classes has helped him find undergraduate students who are enthusiastic about science and research that he ends up taking under his wing.

“He’s excited about his science and he wants to share it with people and now he has a small army of undergrads working with him,” Pires said. “He has a white board with plans for each student working on various projects. It’s a pretty serious training plan, but he’s excited for them to have a meaningful research experience.”

While he hopes to get his Ph.D., Pisias also dreams about the future of his mentees.

“I want all of them to primarily gain skills, so they can go on and be successful,” Pisias said. “In the short-term I’m hoping that they get some credit for the work that they do. It would be great if they could get the opportunity to get their names out there, potentially on some papers.”

To wind down from a long day in the lab, Pisias likes to go to the archery range to practice using his bow and arrow.

“I find it to be very relaxing, because you have to be slow and patient, which the opposite of the chaos of mentoring four undergraduate students,” Pisias laughed.

Life in the lab can be hectic, but Pisias would not want it any other way.

“I think that for us as graduate students, we’re in a really unique position. We have the privilege to mentor undergraduates who are all going to be the future scientists,” Pisias said. “I think it’s a really important responsibility that we need to take seriously.” 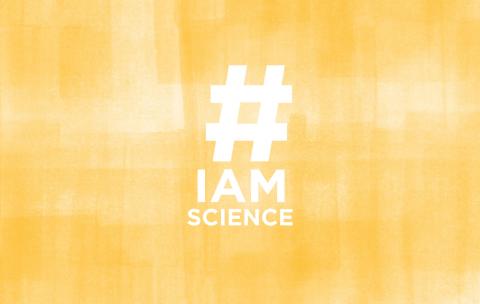